Wireless communication is secured through several radio modules. Bluetooth 4.0 and WLAN according to standards 802.11a/b/g/n for 2.4 as well as 5 GHz networks is on board as well as GPS. A quad-band support for the most important GSM frequencies 850/900/1800/1900MHz almost guarantees worldwide connectivity. The fast mobile internet connection via HSPA+ (High Speed Packet Access) enables a maximum data transmission of 14.4 Mbit per second in the UMTS network. The currently fastest transmission speed still belongs to the Galaxy S3. According to Samsung, there is also an NFC (Near Field Communication) option for the Galaxy S3 mini, but this model was not available at the time of testing.

The connection performance of the communication module is acceptable, even if there are occasional problems with the WLAN module, especially when it is far away from the router. The reception in GSM and UMTS networks can also be better, but the GPS module can point to a closed location and further improve its outdoor performance.

Samsung delivers the S3 mini with the current operating system Android 4.1.1 Jelly Bean- the latest version 4.2.1. is still reserved for Google owned models such as the Nexus 4. On top of that, the Samsung technical team has applied the well known and tidied up use 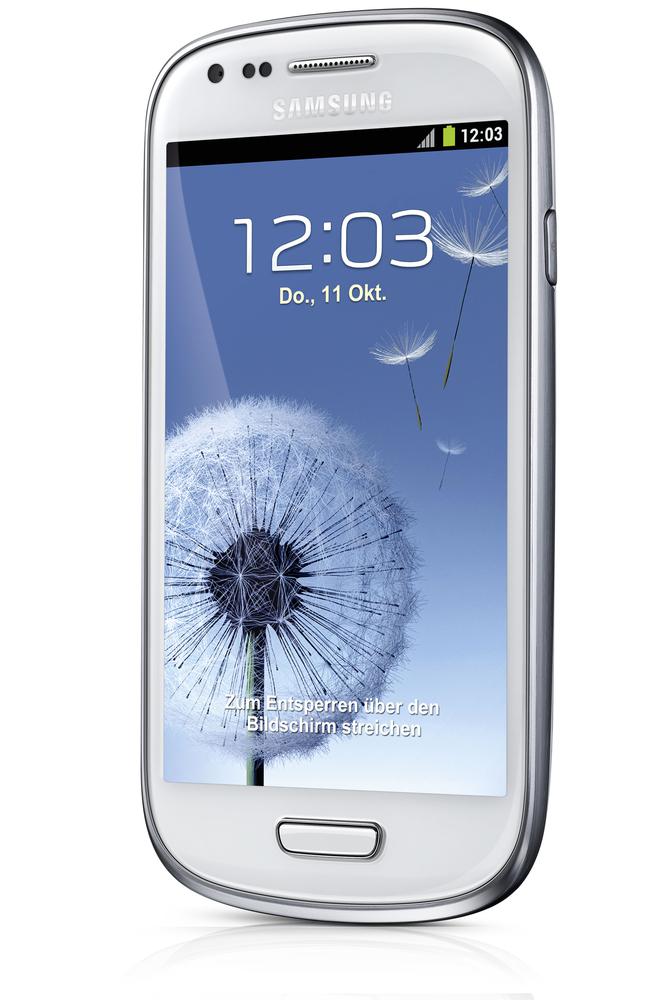 r interface TouchWiz. Along with that come many useful widgets like the assistive light (torch), which can be created on the home screen. Preinstalled software includes products such as ChatON, Google maps, or the Samsung owned organizer-appsS planner or S suggest. The voice operating app S Voice is similar to Apples pendant Siri and provides a decent addition with reasonable voice recognition.

The Samsung Galaxy S3 mini's VGA resolution (640x480 pixels) front camera, motion sensor and surround lighting are located in the display frame. The white noise pollution that has occurred under optimal lighting conditions makes the front camera only suitable for video chat. The main camera on the back has a resolution of 5 megapixels (2560x1920) and supports autofocus in addition to flash. You can shoot videos at 720p (1280x720 pixels) resolution. 4x zoom will bring distant motivation, but the quality of pictures and videos will be greatly affected. Samsung's specific features, such as face recognition and "share photos with friends", are again the same as S3.

In the practical testing, the camera proves to be solid but cannot keep up with the Google Nexus 4 8 MP model. Nevertheless, it succeeds in taking reasonable pictures, especially outside and in well-lit rooms.