Close up shots are also another strong point

'Vague' scenes can quickly get washed out though

Adding effects can bring out some brilliant pictures

Bright light can wash things out, but brightness levels are managed well

This scene is much, much darker than the result - again, great low light performance

I just liked this photo

And this one. I was petrified the owner would come and see me playing on his bike.

The auto focal length is great too

Another colorful close up shot here and I'm impressed with how this came out.

This is one of my favorite pictures I've taken with the Samsung Galaxy S6 Edge+, take a look at the high-res version.

Not certain about the Galaxy S6 Edge+? Maybe you will like one of these phones instead.

The Nexus 6P is one of the closest competitors to the Samsung Galaxy S6 Edge+. Both phones have 5.7-inch QHD screens, both have high-end specs, both have fingerprint scanners and both have a premium build.

The Galaxy S6 Edge+ wins out in a number of areas though, with a more stylish design, a stunning curved screen, a better camera, wireless charging and an extra gigabyte of RAM.

So is Samsung's phablet better? Not necessarily. While the Nexus 6P doesn't have amazing battery life it will comfortably last a day, which is more than I can say for the Samsung Galaxy S6 Edge+.

The 6P is also cheaper and it runs stock Android, which is both preferable to TouchWiz and guaranteed to get prompt updates. In fact, it's already on Android Marshmallow, while the S6 Edge+ is stuck on Lollipop. 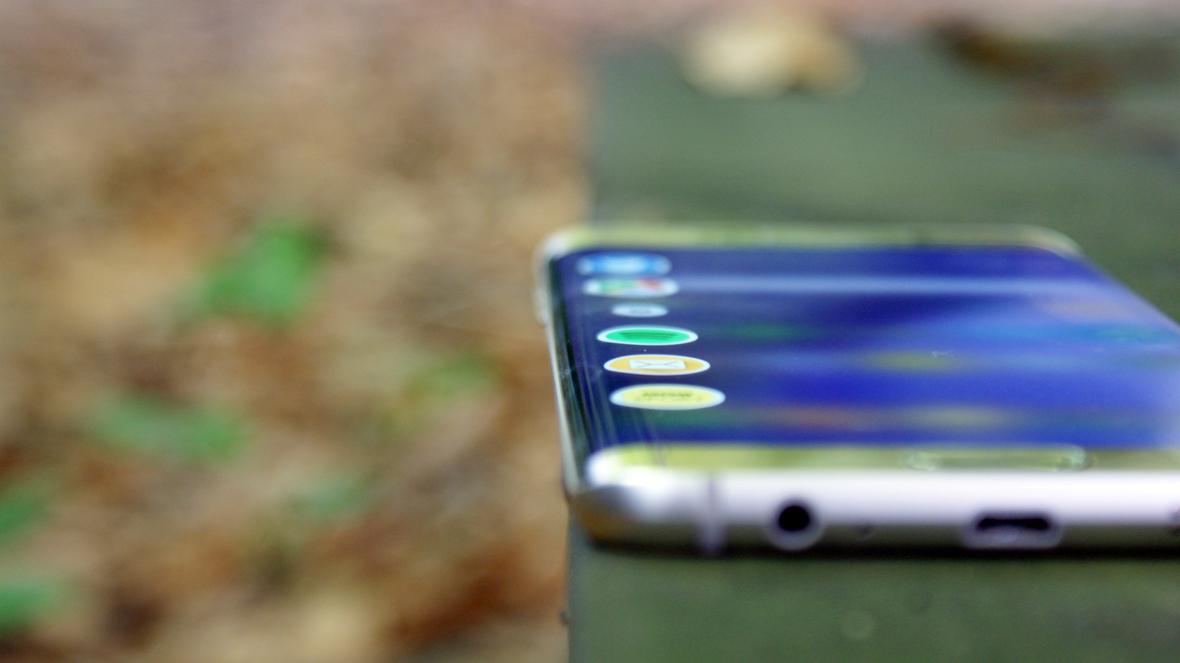 The brand new, five star Samsung Galaxy S7 Edge is a real rival to the S6 Edge+. Its screen is just 0.2 inches smaller, it boasts the same resolution and packs in more power, the same sized battery and Android Marshmallow.

Sure it's a little more expensive, but you're getting a much more accomplished phone with respectable battery life, an excellent camera with superb low light skills, some useful edge screen functions, waterproof body and a handy always-on display.

Unless you're desperate for those extra 0.2 inches, or your budget

doesn't stretch to the new Galaxy, the S7 Edge is the Samsung phablet you should get.

While the iPhone 6S Plus may not exist if not for Samsung making phablets popular, it's arguable that Samsung was inspired by it in the creation of the Galaxy S6 Edge+, as like the 6S Plus it's basically just a larger version of another phone.

There's a lot to choose between Apple and Samsung's latest phablets though. For one thing the iPhone 6S Plus has just a 5.5-inch screen, which would barely even be considered a phablet in Android land.

It is not as clear as the screen of the Galaxy S6 Edge, and the prices of these two phones are equally expensive.But in general it is almost as high-end, as stylish and rock-and-roll

, which, if Apple's OS floats your boat, is all you need to know.

An extra gigabyte of RAM, a larger screen and a higher price are all that separate the Samsung Galaxy S6 Edge+ from its smaller sibling. So is it really a better buy? That depends mostly on whether or not you want a phablet.

The battery life on the S6 Edge+ is if anything marginally worse, which combined with a higher price mean it's certainly not a better phone. But the 5.7-inch screen does set it apart and while there's not a huge difference in performance the extra RAM does seem to have been put to good use in ensuring you don't have to wait for the home screen to rebuild when exiting an app.

These are the two most stylish phones Samsung has ever made and while they're both flawed they're also both great buys, you just have to decide how big you want your screen to be.

The Note range is Samsung's main line-up of phablets, yet this year Samsung made the bizarre decision not to launch the Galaxy Note 5 in the UK, so if that's where you call home and you want a phablet Galaxy flagship the Galaxy S6 Edge+ is your only option.

There is talk that the Note 5

though and both phones are available in some regions.

Samsung has done a pretty good job of differentiating these two phablets, which makes it all the more perplexing that one of them wasn't launched in the UK. The Note 5 may not have a curved screen, and as such doesn't look quite as good, but the S Pen stylus gives it a more useful trick up its sleeve, as it actually serves a purpose.

The Note 5 also has better battery life than The S6 Edge+, making it a superior phone overall, though everything else from specs, to camera, to features is much the same.

Gareth was in charge of phones, tablets and wearables at TechRadar for the best part of a decade and now runs the entire editorial team. He can instantly recommend the best phone for you, or can be found running around the nearest park with the latest fitness tech strapped to his wrist, head or any other applicable body part.