This is going to be LONG. This is a VERY detailed, heartfelt review where I tell you why you should *not* buy this headset. If you want to skip the details, there is a conclusion on the last line.EDIT: I wanted to add this as I felt it important. Sennheiser promptly responded to and initiated my RMA for this headset, yet after shipping it off they stopped responding. A few days after they received the headset I emailed them again asking for a status update as I hadn't been refunded. No response. Emailed 2 more times each a few days apart and no response. I finally had to file a chargeback with PayPal and they refunded me. That was over a month ago and Sennheiser never responded to a single one of my emails even after the chargeback. Point is, NEVER order from them directly because it took me over 2 months to get my money back for this piece of garbage headset. Anyway, onto the original review below.Let me preface. I'm a huge Sennheiser fanboy. Favorite audio brand by far. I have the HD600's, 598s, 280s and would love me a pair of 800S one day.For gaming, I had my HD600's with an Antlion mic stuck on it with a Schiit amp/dac. As far as sound quality and comfort go? Perfect.I wanted wireless though. I can't stand the cable getting caught in my chair. I did my research and found out that they all pretty much suck in one regard or another. Some have bad sound quality, some have bad comfort, some have bad wireless quality and some have bad battery life.These headphones have amazing sound quality. Very impressive for wireless. This is where the list of "pros" end for the GSP 670's.First off, the software is TERRIBLE. So day 1, I open the box and plug the headset in via the cable (which is micro-USB in 2019, not USB-C because Sennheiser was too cheap to pay the licensing fee) and it says there's a firmware update. Noice. I do that, it takes a couple minutes, cool. Then it says the dongle has one too. Cool, updated. Then... it says the dongle has an update again but it won't let me install it. Whatever, a reboot and it fixed that issue.Now the next issue with the software. Its battery life indicator is buggy as hell. When opening the suite it will quickly show the correct battery life and then change to 100%. You can use the button on the headset itself to tell you the battery life but that's annoying as it's not easy to press. You need to hold the headset with your hand while you slide this stiff slider back. It's also a very, very rough battery estimate. It often says "battery over 80%" and then 20 minutes later "Battery over 60%". Yea, it only goes in 20% intervals. If my phone can do better then so can you, Sennheiser.Well that's annoying, but at least there's no actual issue with the battery, right? Wrong. Multiple times I've had this thing get low (battery above 40% according to headset and software) and it will just disconnect/die. Not sure if the battery is actually dying or if it's something else but it happens when the battery is low. Actual battery life seems fairly consistent with their claims. I can game for 12-14 hours without them actually dying on me.They are closed back and have no "side tone" as they call it. Side tone is a feature where a tiny amount of your voice is mirrored into your ears so that you don't yell due to the sound isolation. This is reliant on the headset manufacturer to implement because doing it via 3rd party software has noticeable lag (.5 to 1second). Every major headset brand has this. Shame on you Sennheiser.Wireless range is not very good. I had to move the receiver onto the USB-hub 2ft away from my head. When it was

4th away in my computer it had noticeable static occasionally. I can also barely reach the kitchen in my tiny apartment before they start cutting out. My friend's Corsair headset reaches downstairs in his freakin backyard. That's like three times the range of these.There is also a massive issue with lag/latency when using voice chat programs such as Discord. There will be a legitimate 2-3 second delay in my voice and I can see Discord registering my voice a few seconds after speaking. This is a widespread issue and everyone experiences it, so if this is something you'll use the headset for (which, of course you will, it's a GAMING headset with a mic) then this is a reason alone to avoid it. It's very bad. Apparently it's caused by walking out of range of the receiver. It's a wireless headset. Part of the reason it's so cool is the ability to walk to the kitchen/bathroom without taking it off. It's been over a month since Sennheiser acknowledged the issue and still no fix. This is UNACCEPTABLE for a $350 ($400 with tax) headset.Let's talk about a major issue with swapping from these to speakers, as I do that multiple times a day. When you plug the headset in to charge, it has 3 audio devices. Two for output (sound), one for input (voice). Not sure why there's two for output, but there is. One labeled "Speakers" and one labeled "Headset Earphone". Speakers are the only ones that actually transmit sound, so you simply set that as the default device. Easy, right? Wrong. Once you remove the cable and go wireless, it disables these three audio devices and creates 3 different ones. This means you have to go into Discord/your game/Windows etc and change the default device every. freaking. time you want to charge the thing and use it while plugged in.Wait, I said I wanted to talk about swapping to speakers, what does that have to do with speakers. Well the only way to easily swap from the headset to speakers is with a program such as SoundSwitch. You choose two devices, set up a keybind and hit the button to swap the default device. Works *beautifully*, that is until you plug it in and it screws everything up because now the audio devices have all changed. Sometimes it doesn't do this, but sometimes it screws things up SO bad that my games, windows and Discord will all refuse to send audio to the headset even when manually changing the input/output for the specific apps.Alright, I've gone on long enough. Let me talk about comfort and I'll wrap it up. Comfort is terrible. It's fine initially but it's very heavy and there isn't really any clamping force on the sides to hold the weight of the headset. It's all being held by the top band on the top of your head. That's an issue because after a couple hours of gaming, there is a literal indentation on your skull/scalp. You may have seen some of the Tyler1 memes online where he has huge dents in his head. Well that's real, it's caused by crappy headset designs. This indent *hurts* and feels like a bruise. It takes almost half a day to go away. Luckily I've got hair to cover it up but damn if you are bald you'll look so silly.Okay okay okay, I've trashed on these headphones enough. Time for a conclusion. Sound quality is great, everything else sucks. Wireless quality sucks. Buggy software. Massive lag in Discord/Skype etc. Battery issues. Wireless range is poor. Micro-USB in 2019. Awful comfort. No "side tone" feature on closed back headset means you will be yelling a lot. 2/5 stars because the sound quality on a wireless gaming headset is impressive so it doesn't quite deserve 1 star, but I heavily considered it. 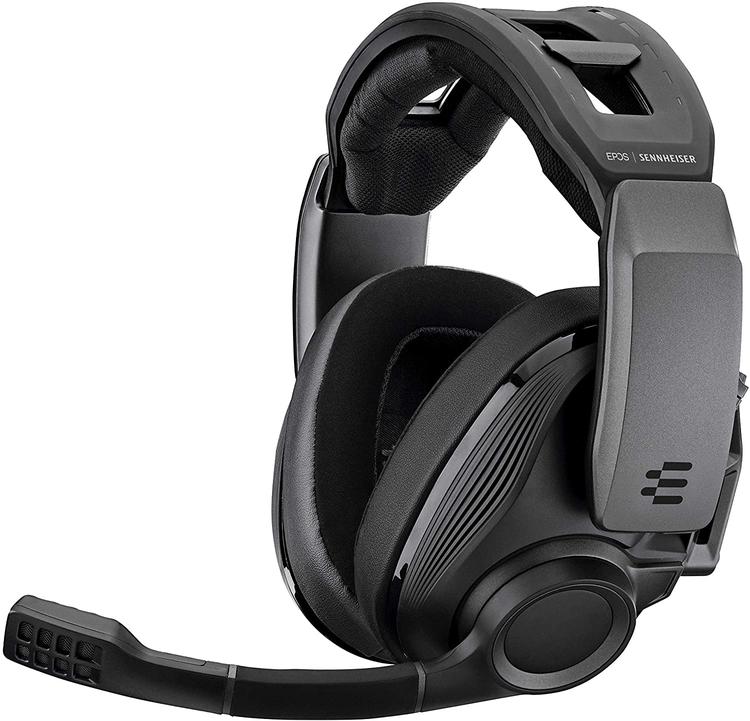