NOTE: EDITED STEPS UNDER FUNCTION 1 - ADDED STEPS 6 & 7 to resolve common issues.I purchased this product to allow me to use my Turtle Beach DX12 microphone for in-game chat (instead of the Kinect mic). It works flawlessly. But for those of you out there considering purchasing this product you should know it basically serves TWO purposes, and based on what you're using it for depends on how the volume control buttons on the Stereo Headset Adapter will work.FUNCTION 1: Using the adapter to allow your old gaming headset that had OPTICAL AUDIO inputs (Turtle Beaches, Astros, etc) to work with the Xbox One the same way it did with the Xbox 360 (you plug the 2.5mm "chat audio cord" into the Stereo Headset Adapter so your 3rd party headset's microphone works and you can hear and control chat volume via you're 3rd party headset and/or the buttons on the adapter).When using the adapter this way, in order to get the functionality that you're looking for (using the 3rd party headset's microphone for chat while getting game audio ONLY from the optical out of the Xbox One) you will need to do the following:1) Turn your system on2) Update the controller3) Connect the 2.5mm cord from your 3rd party headset to the adapter4) Push the bottom left button on the adapter (looks like a person with a "+" sign on their body) until you hear a beep - This will set the volume output ratios coming from the Adapter to 0% Game Volume & 100% Chat. *NOTE*: If you don't have them set this way you will here a slight "Echo" in game because the adapter will output game volume as well as chat volume, and you don't need any game volume from the adapter since you're getting it from the Optical Output from the Xbox One.5) Now you can use the 2 right buttons (the "Master Volume" buttons) to control the in-game chat volume.6)* IF YOU HEAR A CRACKLING SO

UND and you have your Xbox One's Dolby Digital Surround ENABLED VIA OPTICAL OUT you must HARD RESET YOUR CONSOLE after completing the above steps (Hold Power Button for 10 secs, let system power off, wait 10 seconds and turn the system back on). This will fix the occasional "crackling" problem.7)* For some reason this adapter makes the MICROPHONES SUPER SENSITIVE. If you're in a party and YOUR FRIENDS ARE COMPLAINING THAT YOUR MIC SOUNDS BAD/LOUD you simply need to move the mic farther from your mouth (6" worked for me) and talk in a normal volume. This stops the "poor" quality microphone sound from occurring. I was told this issue may be getting fixed in an upcoming firmware update.---------------------------------------------FUNCTION 2: Using this adapter to allow ANY HEADSET to provide you in game audio and chat functionality (if the headset already has a built in microphone)When you use the adapter for this purpose the GAME and CHAT audios are derived from the controller (comes out of the Stereo Headset Adapter that you plug the headphones into). Since both forms of audio are coming from the adapter, the volume adjustment buttons serve the purposes shown in the instruction manual:Left of the mute button ==> Changes the Game/Chat volume ratios (For example you're at 50% Game and 50% Chat, then the game and chat volumes will be at the same level... if you're at 70% Game and 30% Chat, then you're game volume will be louder than the chat volume, but you can still hear both... if you're at 100% Game and 0% Chat, then you have full game volume and you won't be able to hear chat - it's effectively "muted")Right of the mute button ==> This is the "Master Volume" control. Once you have you're game/chat ratios where you like them... you can then increase the OVERALL AUDIO OUTPUT using this button.Hope this helps you out! 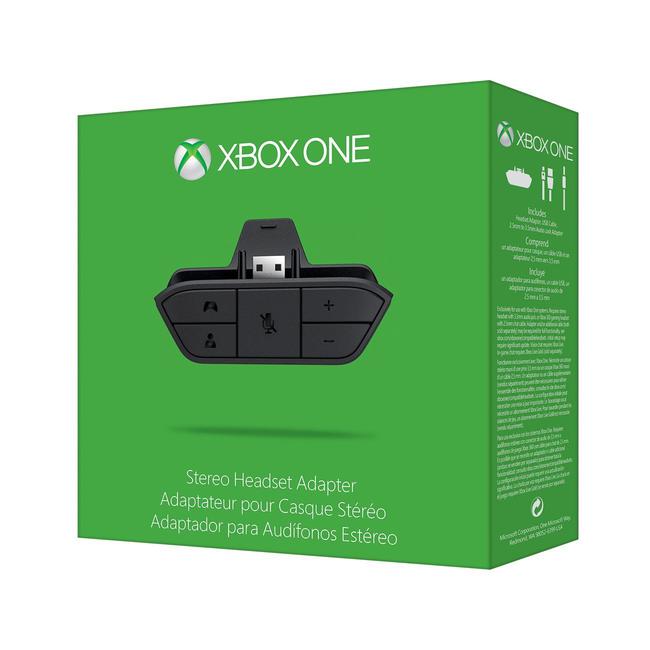