Since iOS 13.6 and watchOS 6.2.8, Apple has allowed you to use iPhone and Apple Watch as digital car keys. iOS 15 introduced a new tool called Home Keys that allows you to use a smart lock compatible with your home to achieve the same function. This is one of several smart home-related features that Apple will showcase during WWDC in 2021.

Once you're inside your home, tighter integration between HomePod and Apple TV devices will allow you to control tvOS by issuing voice commands through one of Apple's smart speakers. For those who own both an Apple TV 4K and one or more HomePod mini speakers, the company will let you pair those devices together for a better audio experience. And speaking of HomePod mini, the speaker go on sale in Austria, Ireland and New Zealand starting later this month, with availability in Italy to follow later in the year. 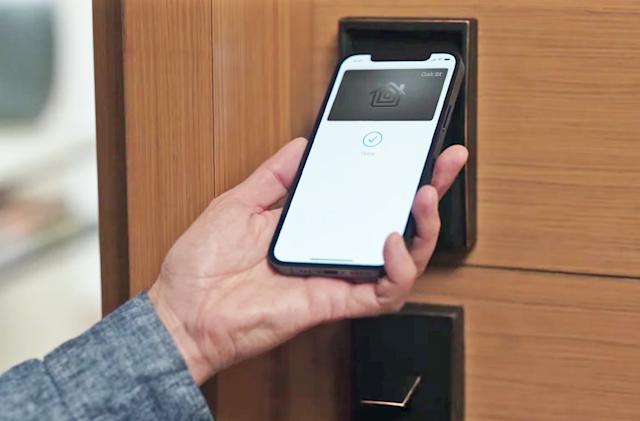 The company is also tweaking tvOS to add a new Shared With You row, which will feature content recommend to you by your friends. At the same time, a separate All of You row will highlight TV shows and movies tvOS thinks is suitable for your entire family to watch.

For the first time, Apple is opening up Siri to third-party HomeKit accessory makers. The company showed off the digital assistant working working with an Ecobee thermostat. Based on the demo, it appears Apple will direct through requests through its servers, making it so that third-party manufacturers won't have the ability to see your voice commands.

Apple also showed off the Home app redesigned for Apple Watch and some interface adjustments it made to the security camera experience in the software. Like many previews Apple showed today, you can expect Home and HomeKit related A preview of will be launched later this year.

Next: Apple TV 4K can use HDMI eARC to play any TV audio on HomePod