Google announced a series of updates at today's I/O Developers Conference, covering software for mobile phones, wearable devices, foldable devices and other devices. One of the platforms is Android TV. In addition to a series of developer-centric improvements, the company also introduced new Cast Connect, Stream Transfer, and Stream Expansion tools. Once developers build features into their applications, these should make it easier to play content on Cast devices.

Cast Connect will let you send content from your phone, tablet or Chrome browser onto an app on Android TV. Right now if you cast to an Android TV device, it's not targeted to specific apps on the bigger screen. This might also allow for some control around what you're casting and possibly some interaction with the TV app. 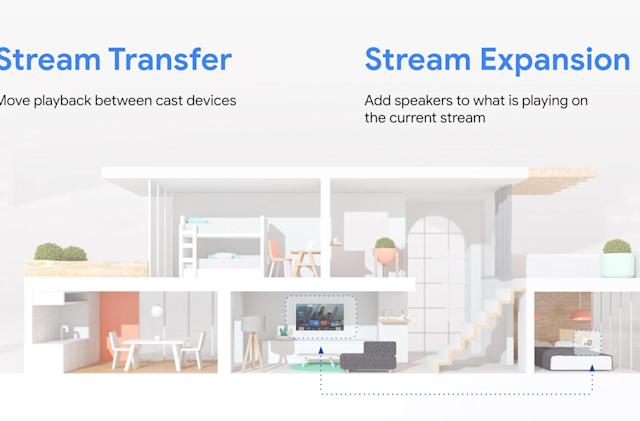 l let you move playback between supported devices and Stream Expansion adds speakers to boost what you're watching or listening to at the moment. That last feature sounds the most useful since it could help those who are hard of hearing or simply need a louder sound system by adding more output devices.

In order to allow developers to use the new tools, Google today is using Android 12 Beta 1 for TV. It also launched the first Google TV emulator to run on Android 11 and Android TV support for its Firebase Test Lab. The company said that some of these features are already available, while others will be launched soon, but it is not clear which features are now available. With more than 80 million active devices using Android TV every month, many people may benefit from more useful applications and platform improvements.